In early 2014, an extremely contagious virus spread among the crew and guests of a Royal Caribbean cruise ship. Those infected with the virus became violently ill with diarrhea, vomiting, and other symptoms. So devastating was the onset of the virus that the ship had to return to its port of origin, carrying over 600 ill passengers and crew members.

Following this disaster, experts theorized that the outbreak may have been caused by the norovirus. This virus is known for its quick spread and disgusting symptoms, which include intestinal inflammation, fever, diarrhea, cramping, and violent vomiting. Since the norovirus cannot be killed by standard household cleaning fluids, hand gels, or disinfectants, powerful chemicals are necessary to eradicate the virus once it has a foothold. The virus can live on hard surfaces for up to 12 hours, and it lasts nearly two weeks on soft fabric surfaces. Untreated standing water can harbor the norovirus for many months. As if its resilience was not enough, the norovirus is incredibly contagious. A tiny drop of vomit from one sick individual can infect over 100,000 people.

Royal Caribbean was not the only cruise line recently affected by an unsavory incident. One Carnival cruise ship suffered electrical issues, resulting in loss of power to the ship. Passengers and crew struggled with a lack of air conditioning and plumbing, leading to illness and deplorable conditions on board.

A credible cruise line should take immediate steps to address a major viral outbreak or power failure such as those reported in these two cruise ship incidents. The company should offer compensation to crew and passengers alike, to help alleviate some of the trauma from the voyage. Royal Caribbean, for instance, offered their passengers a refund of half their cruise cost, along with a credit of 50% off a future cruise. In addition, they conducted multiple barrier sanitizations of the ship, attempting to kill off any remaining vestiges of the virus.

Unfortunately, no one can tell for certain whether the virus originated on the ship as a result of unsanitary practices. In fact, it is far more likely that a passenger or crew member brought it aboard and infected others. The norovirus infects about 20 million Americans every year.  Therefore, it is sufficiently widespread for such an infection scenario to be possible.

To keep cruise ship incidents like this from occurring, crew members, passengers, and cruise companies must take a variety of precautions. Anyone with symptoms of stomach illness, whether they are paying customers or part of the crew, should refrain from boarding the ship. If the illness starts while the cruise is in progress, the affected individual should go to a medical center immediately. Medical professionals who suspect a contagious virus should recommend a limited quarantine for the sick person to prevent the illness from spreading to others.

Only through regular cleaning, routine sanitization, and careful inspection can a cruise company hope to minimize the impact of infection and sickness aboard its ships. The investment in cleanliness is worthwhile because it can save a company millions of dollars in customer fares.

If a cruise company upholds the proper standards of cleanliness and safety and passes all inspections by the Center for Disease Control, the company is most likely not at fault for the spread of a virus such as the norovirus. In fact, lawyers who process claims for personal injuries do not always take on claims related to norovirus outbreaks, since it is difficult to prove that the cruise line did anything to facilitate the problem. Other types of personal injuries claims against cruise lines are far more likely to succeed in court.

When stories of virus outbreaks on cruise ships surface, customers start to wonder if the luxury of the trip is worth the risk. They begin searching for cruise lines with the lowest recorded number of outbreaks. For instance, a cruise company like Royal Caribbean is actually far more appealing than the Princess Cruises line. From 2011-2013, nine different Princess Cruises ships endured norovirus outbreaks, compared to the Royal Caribbean’s four outbreaks.

Another factor that prospective crew members or passengers can look at is the number of inspections that a company’s ships have passed or failed. Some cruise lines have a reputation for passing a significant percentage of their inspections with a perfect score. Working for these companies or booking a cruise with them does not eliminate the possibility of a viral outbreak, but it can lessen the potential risk. A few of the top cruise lines known for their cleanliness are Costa, Norwegian, Oceania, and Disney. In contrast, stand ships like the Amadea of Phoenix Reissen cruises. This particular vessel failed its inspection miserably. The report revealed dirt, bugs, clogged drains, and multiple other issues.

Before you go to work on a specific cruise ship or book a cruise with a particular line, find out that cruise line’s record for inspections. Do a little digging to uncover any personal injuries that others have suffered aboard a cruise company’s ships. In addition, check out the results of sanitation inspections for some of the company’s vessels. Remember that a cruise company should keep its ships well supplied with state-of-the-art water filtration and disinfection systems. The cruise line must also have adequate medical centers that document every illness. In the galley and dining areas, cleanliness is paramount. The entire food preparation and food service area should be pristine, with all the high-quality equipment necessary to keep surfaces clean and to preserve food from contamination.

Cruise ship incidents such as the Royal Caribbean outbreak may make customers think twice about booking a cruise. In addition, these situations often cause concern among crew members who work aboard cruise vessels. Repeated personal injuries and illnesses aboard an employer’s cruise ship should inspire crew members to defend their right to a safe, sanitary workplace. If you are concerned about the cruise ship environment in which you work or relax, consult with a reputable maritime injury lawyer to see what legal recourse you may have. 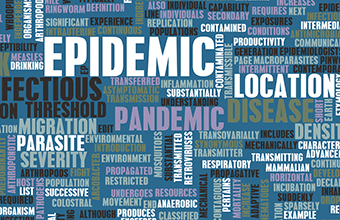 Though it’s good common sense to always prepare for illness during your vacation, the reality of how vulnerable you are to infection and disease is often downplayed by the cruise ship industry. The reality is that it is notoriously easy to catch something while sailing on a luxury cruise ship, which can quickly ruin the dream vacation you have been planning for.

Viral infections are extremely easy to get on a cruise ship for many reasons. On a cruise liner, thousands of people are held in close settings with nowhere to go and may be exposed to contaminated food and surfaces which are ideal conditions for spreading infection and disease.

Earlier this year, a Royal Caribbean cruise returned to shore carrying 100 passengers and 3 crew members infected with the norovirus, a viral infection that causes diarrhea and vomiting. This virus is usually transmitted by multiple modes, through contaminated food and water, directly from person to person and by exposure to contaminated surfaces, such as toilet seats, faucet handles, door handles, sheets.

But gastrointestinal distress is just the tip of the iceberg, vacationers should also watch out for respiratory infections on cruise ships, which travel very easily among the thousands of passengers sailing in the middle of the ocean. A good rule of thumb is to prepare by getting a flu shot or even a pneumonia shot.

Of course, disease and infection is possible no matter where you are. That said, there is no reason to think that you can’t take measures to ensure your health on what should be a fun and relaxing time. The following precautions are highly recommended if you are considering a cruise vacation:

Bacteria and viruses will always be with us, but with the right kind of preparation there is no reason you can’t avoid a debilitating illness during your dream vacation. As long as you take the proper precautions, staying happy and healthy during your cruise trip shouldn’t be a problem.