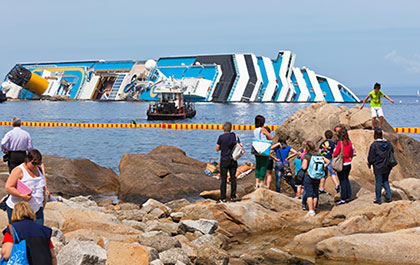 Crew members can always consult their problems with us free of charge with the knowledge that whatever they tell us will always remain confidential.

We always help our crew member clients obtain the medical care that they need at the company’s expense.

We always help our crew member clients collect all sick wages and maintenance money that they are entitled to receive. 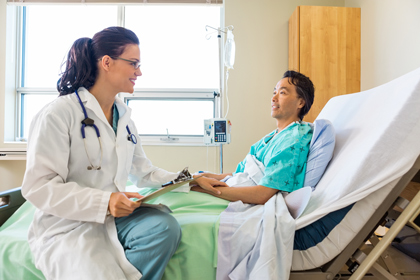 We do not trust the company doctors. We hire our own doctors to make sure our crew member clients have been diagnosed and treated correctly.

We do not trust the company’s experts. We always hire our own experts to help us understand and prove the mechanics involved in the accidents and incidents our crew member clients suffer on and off the ships.

Whenever a crew member client needs to come back to the United States for his case, we help him obtain his B1-B2 Tourist Visa.

We always help our crew member clients collect any retirement plan money that they are entitled to receive from their employers.

We are always happy to provide our crew member clients with an estimate of how much money compensation they can receive for their injuries or work related sickness.

We always fight to obtain for our crew member clients the greatest amount of money compensation.

We never charge fees nor costs until we win your case.

We Are Always Available

We always answer all crew member phone calls and Emails promptly to address any questions or clarify any doubts they may have.

Despite the highly publicized cruise ship accidents such as the Concordia disaster in Italy and the Carnival Triumph in the Gulf of Mexico, the cruise ship industry continues to be largely profitable and unregulated. However, that may soon be changing now that U.S. Senator Jay Rockefeller is demanding an inquiry into the industry’s practices, which include: employment standards, safety procedures, the mechanical condition of the ships, the number of American crewmen on hand, and much more.

Uses of flags of convenience to cut costs

Though many cruise ship companies are headquartered in the United States and are publicly traded, they avoid U.S. taxes and regulations by registering their ships under other countries’ flags, known as the “flag of convenience“. This enables the companies to cut costs by paying as little tax as legally allowed and by hiring the cheapest workers possible, all without technically violating U.S. law. The increasing globalization and lack of accountability are the biggest factors behind the latest cruise ship accidents, which will hopefully end once the cruise ship industry cleans up its act.

According to the American Maritime Officers Association (AMO) President Tom Bethel, none of the ships involved in the accidents were crewed by Americans. Since U.S. certified crewmen are among the most highly trained, they also are expensive to hire, at least compared to international mariners who hail from former Soviet Bloc countries or Southeast Asian nations who are willing to work for a fraction of what Americans are paid.

"Although the best-known cruise lines are publicly-traded U.S. corporations, these companies register their ships to foreign nations and, rather than employ American officers, the vast majority of captains, deck and engineering officers are from other countries and the crews are from undeveloped nations," explains Bethel. "The reason cruise lines hire foreigners is because most of them are willing to accept lower wages and fewer benefits."

"For years, AMO has attempted to convince American cruise line CEOs to employ its U.S. officers. It’s frustrating to know that although all AMO-member officers undergo training that exceeds all international standards and, unlike their foreign counterparts, all AMO-member officers are documented, licensed and vetted by the U.S. Coast Guard, yet, they are denied employment opportunities in the cruise industry."

The environment that allowed Bethel, who started as a ship’s engineer and became a respected maritime executive, is almost extinct in today’s current cruise ship industry climate. Still, AMO continues to agitate for better employment opportunities and economic fairness for American crewmen under Bethel’s stewardship.

Better employment opportunities, workplace standards, and wages for crew members may seem beyond the typical cruise passenger’s concern, but it shouldn’t be. A well trained, well rested, and properly vetted crew is essential for ensuring passenger safety and a healthy vacation experience, after all, what is the point of saving a few hundred dollars on a cruise vacation if the result is an overworked and undertrained crew that cannot effectively respond to an emergency? How much do cost savings matter when the passengers’ life and well-being are at stake?

Of course, workplace issues and safety standards are just the tip of the iceberg when it comes to cleaning up the cruise ship industry. For now, the reality is that American cruise companies can legally avoid compliance with U.S. taxes and regulations. How much longer the American public will continue to subsidize the lack of accountability, however, remains to be seen.