Maritime law and crimes in the high seas 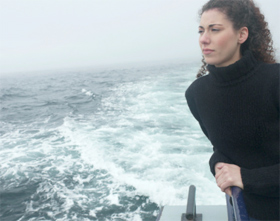 For millions of travelers, cruise ships are a great way to leave the real world behind. It’s usually a safe and fun atmosphere, where you can enjoy activities like gambling and alcohol consumption without the hassle of red tape or threat of arrest. Unfortunately, the lack of jurisdiction at sea can be a big problem if you are ever a victim of crime onboard a cruise ship.
Ship incidents such as an onboard fire, piracy, crashing into rocks or a glacier, and crime on cruise ships are quite rare. Between 2004 to 2007, cruise lines have reported 28 people who disappeared while at sea, while only 3 of the reported missing have been found. There were also about 200 reports of sexual misconduct or assault, and 4 recorded instances of grand theft during that time period.

However, the problem with cruise ship crime isn’t frequency (which is thankfully rare, considering the millions of cruise ship passengers each year)—it’s the difficulty of prosecuting offenders and enforcing maritime law. Very few reported cases have been properly investigated, and even fewer investigated cases have ever been solved.

In 2006, a female passenger vacationing onboard a Royal Caribbean cruise ship was raped and assaulted in her stateroom. Upon returning immediately to Los Angeles, she gave her statement to the FBI, only to find out that there was nothing the U.S. justice system could do.

Existing global maritime law mandates that cruise ships must do everything possible to ensure safe passage. However, determining jurisdiction can be complicated—which depends on whether the ship was in international waters or within the national coastline when the crime occurred, and what state flag the cruise ship is sailing under.

Unfortunately for the woman, the ship was in international waters when the alleged assault occurred, and is registered in Liberia. Before the incident triggered a congressional hearing on cruise ship crime in 2006, the cruise line recorded 66 cases of alleged rape between 2003 and 2005, without a single case resulting in a successful prosecution.

Different countries have their own version of maritime law, which means that cruise ship crimes must be decided on a case to case basis by necessity. First and foremost, the country where the ship is registered determines what laws apply. For the Royal Caribbean cruise ship that is registered in Liberia, only Liberian maritime laws apply, which are supposed to be enforced by Liberian authorities.

Additional jurisdiction also applies depending on where the ship is docking. If the ship is docked in Long Beach, CA, then all U.S. and California laws apply to the ship, its passengers, and its crew—regardless of the country the ship is registered under.

A country’s laws are usually applicable to any ships within 12 miles from its coastline, though there are some exceptions. For instance, no ship can allow gambling activities until it is 12 miles out of the American coastline, no matter what flag country the ship is sailing under.

Once the ship is 24 miles away from any national coastline, it’s considered to be sailing in international waters. In this case, the ship is subject only to the laws of its flag state. For example, a Panama registered ship that is 25 miles off the coast of Florida is only subject to Panamanian law, not U.S. or Florida law.

Unbeknownst to the vast majority of cruise passengers, cruise lines can also dictate where they can be sued according to the fine print on the ticket. If the ticket specifies that the cruise line can only be sued in Miami, then any other state court will almost always refuse to hear the case. It is for these reasons that lawsuits against cruise lines are rare. Not only is it difficult to file them, but the ones that do get filed rarely go anywhere.

The Advantages of Legal Leniency

Most of the time, you don’t have to worry about crime on cruise ships. For people looking to get away and enjoy activities that are normally illegal or banned in their home countries, the high seas are a great opportunity to safely have fun without the worry of arrest or over-regulation. This is why passengers on U.S. registered cruise ships can enjoy gambling and round the clock drinking (as long as the liver and the cruise bartender will allow it) without violating any American anti-gambling and public intoxication laws.

The hazy jurisdiction under maritime law is usually a good thing, as long as no crime is committed. It’s important to remember that despite the lack of clarity in maritime jurisdiction, cruise vacations are usually safe and crime-free. That said, it’s always a good idea for travelers to be informed and prepared for all the risks—and to never forget to read the fine print.